After speaking with us about the social importance of fair chance hiring, Jeff Korzenik, a long-time advocate of fair chance hiring and author of Untapped Talent: How Second Chance Hiring Works for Your Business and the Community, continued the conversation focusing on fair chance hiring through a data-driven lens and delving into the intersection of this hiring model with continuous monitoring and background screening companies. With one out of every three adults having had an interaction with the criminal justice system, this topic remains relevant, especially in light of the effects the COVID-19 pandemic has had on the job market. Justice-involved individuals may be the best kept secret to boost the talent pool, allowing companies to fill the many vacant positions in this competitive climate.

Recently, there has been leadership in the background screening community to make sure data is used appropriately and wisely, which is important because all too often, screening is overly broad, like going all the way back to age 18 for a 40-year-old. Background checks can inappropriately lead applicants to be discarded from consideration, but companies need to do background checks as part of the process, so the key is using that data wisely.

There’s a unique opportunity for background screeners to partner with employers and not just be viewed as a compliance tool, and that can come from helping employers to devise better background screening strategies. One example of this is a small background screening company that is trying to develop a matrix approach with a scoring model for applicants, which gets employers away from reviewing the specifics of their record and furthers the discussion about an individual’s eligibility outside of their criminal past. 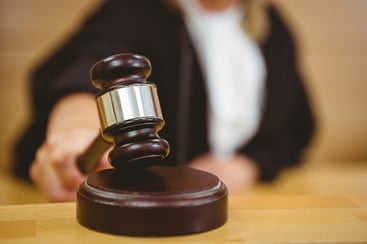 Background screeners should also be a part of the education process and help employers to understand what a felony means. There’s an educational element to understanding the reality of our plea bargain system, in which people plead guilty to charges to get shorter sentences even if they didn’t commit the crime, or how people are overcharged and underserved because they’re poor. Scholar John Pfaff has shown that prosecutors often inflated misdemeanor crimes to felony charges to further their careers, and those who couldn't afford bail often pled guilty to inappropriate charges simply to be able to go home.

As the talent acquisition process evolves to become more equitable and individualized, how are employer views on criminal background data changing?

There has been a sea change, some of which is driven by the labor shortage. This is a good thing, but employers shouldn’t be looking at justice-involved individuals as the last resort, because they need to be approaching this population as a true talent pool. The attitude must be positive, but there is certainly greater openness to second chance hiring, particularly in the wake of the murder of George Floyd. His death created an awareness in the business community that something is not quite right in the American justice system and that it has over-criminalized actions that are often mistakes of youth, while at the same time it has not done a particularly good job of promoting public safety or rehabilitation. The business community’s involvement in justice reform would be a positive step for our country, and it is reflecting a changed attitude that will hopefully lead to better data collection and other positive changes.

What is your perspective on employers using post-hire continuous monitoring for criminal activity as a risk mitigation tool for hiring justice-involved populations?

Employers tend to focus all their attention on people who aren’t yet their employees and don’t devote enough thought to those who they do employ, so there is definitely value to using post-hire continuous monitoring for criminal activity as a risk mitigation tool for all employees, regardless of whether or not they have a criminal background. Over time, it could also be helpful in contributing to an increase in second chance hiring. There’s an absence of data because most employers don’t perform screening after hiring employees, making it hard to show how well second chance hiring is working. Doing post-hiring screening allows employers to collect that data and is an element that every employer might want to consider in determining whether it’s an appropriate fit for their business.

What are some key takeaways that you have learned from hiring individuals with a criminal past?

Over the years, I’ve gotten a window into how hard it is and the many obstacles justice-involved individuals face. What’s sad is that most of those obstacles are unnecessary, such as those that are regulatory in nature. In my own industry, the Bank Policy Institute and the Financial Services Forum, both of which are think tanks and advocacy organizations, have both come out in favor of lowering some of the regulatory obstacles that are out there. When you get into the nuts and bolts of hiring someone with a criminal record, you realize that there are far more obstacles than you would have believed possible. It’s not just the stigma, which we’re all aware of, but also hard obstacles, structural obstacles, that have emerged because of a system that has seen so many people incarcerated and underemployed for decades. It’s not an easy fix or a policy magic wand, and it will require slogging through, removing those barriers, building better structures, and overcoming the stigmas that stand in the way of those with a criminal record finding employment. It will happen, but it’s going to take time and effort to get there. 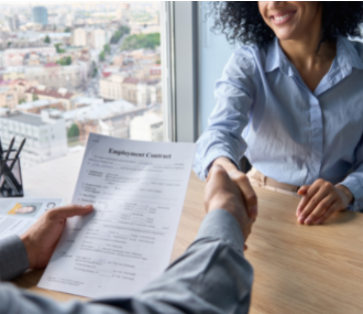 There are generalizations you could make about any population, but there 19 million Americans with a felony conviction. That is a talent pool that is both wide and deep, and when you can get past talking about these people as an average or an aggregate and get down to the individual level, you can find, not only good employees, but good citizens and good friends. It’s important to break down and hold back judgement to understand people as individuals, who they were at the time when they committed a crime, and, more importantly, who they are today.

Applicants with a conviction are 50% less likely to be called back for an interview. What advice do you have for justice-involved individuals that are seeking employment?

The fair chance hiring models that tend to be successful are the ones where the businesses don’t try to go it alone and instead work with agencies and nonprofits to figure out who’s ready for employment and use them as referral services. One of the best things justice-involved individuals can do is partner with these workforce development groups. Every city has an American Jobs Center, which you can find on CareerOneStop by entering your zip code, and they have ties to nonprofits as well. They can also go to job boards, like 70 Million Jobs and Honest Jobs, which are very effective at helping pair up employers and those who were formerly incarcerated. It’s true that a criminal record, especially a felony conviction, is an obstacle for jobseekers, because they’re often judged by their worst moment. But in addition to taking these concrete steps, justice-involved individuals can also take action to invest in themselves and show that they are more than the sum of their worst mistakes. Some examples might include continuing their education, volunteering, or taking part in skills-based training.

There are 36 states and over 150 cities with Ban-the-Box laws, how is this movement changing the employment opportunities in these states?

Ban the Box has had mixed results, with some areas, such as government employment, where it seems to work, but there’s academic work pointing to the possibility that employers who are being forced to Ban the Box are practicing avoidance strategies. Companies voluntarily adopting Ban the Box when they’re ready is one thing, but enforcing it statewide tends to lead to some negative consequences, including employers looking for other ways to weed candidates out, either by looking for employment gaps or not hiring from certain neighborhoods. The other problem is that there is a public perception that adopting Ban the Box equates to solving the problem, and that’s not the case. There are some great policies that can be considered, such as bail reform and automatic expungement, which are powerful ways to help turn the business community into allies. It’s important that companies get to the point of choosing to Ban the Box but imposing it from above isn’t the best way to address this problem. 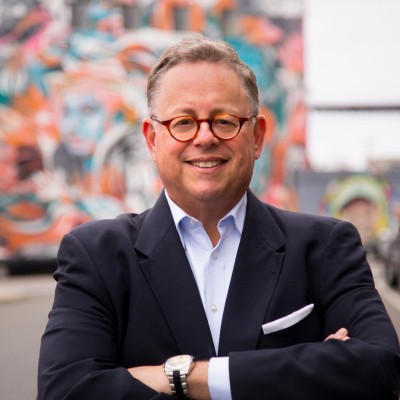 Jeffrey Korzenik is Chief Investment Strategist for one of the nation’s largest banks, where he is responsible for the investment strategy and the allocation of over $40 billion in assets. He is a regular guest on CNBC, Fox Business News, and Bloomberg TV and is the author of "Untapped Talent," a book on the business case and best practices for hiring people with criminal records.