In 2017, 2.3 million people were incarcerated in our nation’s prisons and jails — a staggering 500% increase over the last 40 years. Those who are incarcerated also represent some of the most high-need, high-cost individuals requiring medical care. A high proportion of those incarcerated are Medicaid beneficiaries or are Medicaid-eligible when they enter custody.

What happens to Medicaid beneficiaries once they become incarcerated?

Incarcerated individuals are unable to access their federal Medicaid benefits from the moment they are booked into jail, in accordance with a federal law known as the Medicaid Inmate Exclusion Policy (MIEP). Each state determines how best to comply with MIEP, under the common goal of identifying and avoiding improper claims made by incarcerated (i.e., ineligible) individuals, while encouraging continuity of beneficiaries’ medical care upon release:

The theory behind MIEP is sound, but, like anything, putting it into practice can prove difficult, especially when you are considering such a large population. A common goal and need within the Medicaid community is to best ensure that incarcerated beneficiaries receive seamless continuity of care−from the time they are booked, throughout their incarceration, and upon release− and that the appropriate parties finance this care at each of these junctures.

Once suspension or termination of Medicaid benefits have been processed for the incarcerated, this status can be difficult to “undo” once inmates are released−often resulting in a gap in beneficiaries’ medical and behavioral care regimens. Accessing benefits upon re-entry is especially problematic and can involve months-long re-approval paperwork and bureaucracy, leaving a medically vulnerable population uninsured during this critical time. This gap in coverage is detrimental to patients, health care systems, and the broader community.

Over 95% of local jail inmates eventually return to their communities, bringing their often-compromised health conditions with them.

Medicaid can help reduce rates of recidivism for those with serious mental illness by preventing escalation that can lead to incarceration.

Higher rates of emergency room use, death, and suicide

What can be done?

Increase continuity of care through greater integration and sharing of knowledge between justice agencies, state Medicaid agencies, and healthcare providers. Knowing, in real-time, when inmates are booked into custody, released from custody, or have been incarcerated for a certain “length of stay” can prevent gaps in coverage or care. 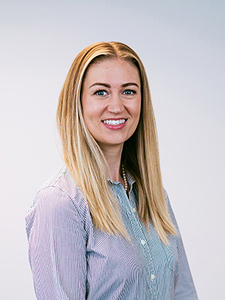 Kate Chmielewski is the Communications Manager at Appriss Insights and takes pride in spreading Appriss’ mission of ‘Knowledge for Good’ to the public. Kate has spent her career-to-date in various communications-based roles in both the financial and software development spaces, sharpening this industry-transcendent skill set each step of the way. While championing Appriss and narrating the power of its solutions are her primary job functions by day, Kate also enjoys spending time with her husband and their toddlers in and around the Chicagoland region.