These are people−strangers−that most Americans, without hesitation, let enter their most safe and sacred space: their homes. We give them direct access to ourselves, our loved ones, our possessions. Let’s step back for a moment and think about the amount of blind trust we put in the companies that send these employees into our homes.

Most assume that companies screen all employees who provide in-home services. In reality, very few companies conduct thorough-enough background checks, as it is typically not legally required. It often surprises people when I tell them that all background checks are NOT created equal.

My name is Lucia Bone. On behalf of my sister, I have made it my life’s mission to educate businesses and inform the public on the critical need for comprehensive employee background checks. After reading my story, I hope that you take away a heightened level of awareness and feel more equipped to protect yourselves and those you love.

My sister Sue and I had a pact. We made it while we were visiting a Florida retirement community with our mom in the summer of 2001. While mom wasn’t thrilled about the visit, both Sue and I immediately set plans to move into such a community when that point in our lives came. We got so excited at thought. We would be neighbors! We would have coffee, and talk, and golf whenever we pleased. We would grow old together.

Sadly, we would never be able to follow through on our pact. A few weeks later, Sue was raped and murdered in her home.

Sue lived alone in an Orlando, Florida home she had purchased in early 2001. It was set on a few acres, surrounded by trees and gardens. It was beautiful. On a cool evening shortly after moving in, Sue lit a fire in the fireplace. The next morning, she noticed a film on the furniture. After a little research, she concluded that it was an issue with the air ducts. She contracted with a well-known department store and had her air ducts cleaned in February 2001.

Unbeknownst to Sue, the service work was subcontracted out by the department store, and two convicted felons were sent to clean the air ducts in her home. One was Jeffrey Hefling, a twice-convicted sex offender, out on parole after serving less than 13 years of a 30-year sentence. The other was his supervisor, who had previously been convicted for breaking and entering.

Six months later, on August 27, Jeffrey Hefling returned to my sister’s home. He beat her. He raped her. He brutally murdered her. He set her body and home on fire to cover the evidence.

Jeffrey Hefling should have never been allowed to work in anyone’s home. The department store conducted criminal background investigations on their employees; however, they failed to enforce their policies with subcontractors.

On the night that Jeffrey Hefling was arrested, my 78-year-old mother googled his name. She easily found out that he was a registered sex offender. She even found a notation that said he was considered dangerous and violent towards women. That same night, a detective watching the news remembered him as a suspect in an unsolved rape case in the mid-1980s. That case was reopened, and with the help of advancements in DNA technology, Hefling would stand trial for both that rape and my sister’s rape and murder. Almost four years later, he was sentenced to life in prison. It was on that day in 2004 that I made a new promise to my sister, announcing the launch of Sue Weaver CAUSE in her memory.

The Sue Weaver CAUSE (Commit to Always Using Screened Employees) is a nonprofit organization that works to prevent tragedies like Sue’s from happening to others. It is our hope that Sue’s story will raise awareness for both consumers and employers on the true danger of not knowing who you hire in your home. CAUSE strongly recommends that you ask any company that you hire questions regarding their criminal screening policies. And not just if they screen their employees− but how often, and the types of screening procedures conducted. Because, all background checks are NOT created equal.

Sue’s murder could have and should have been prevented. What if Jeffrey Hefling had been subject to a thorough criminal background check? I bet he would never have had the opportunity to enter my sister’s home.

Today, one in five people have a criminal record. There isn’t a day that goes by without a tragic headline, leaving devastated families and communities wondering, “what if”?

I learned about Appriss Safety in early 2018. Their mission, to provide Knowledge for Good, resonated heavily with me. I got to thinking about all the horrific, preventable stories I’ve heard and witnessed over the years, and Appriss gave me so much hope for a future with less “what ifs.”

Appriss’ roots are in victim services. Through VINE (Victim Information and Notification Everyday), its flagship solution, Appriss notifies victims of crime when an offender has been released from custody. This life-saving service provides victims with peace of mind after a crime has taken place. While still a core tenant of this company, Appriss has expanded the way it provides Knowledge for Good – benefiting even more citizens and communities across the country in immeasurable ways. Appriss works to prevent tragedies like Sue’s before they happen by equipping background screening providers with incarceration information that is historical, nationwide, and available in real-time. Through Appriss, providers are able to offer their customers improved pre-hire criminal background screens and continuous post-hire arrest monitoring.

Being immersed in this world for 15 years I can confidently tell you: This is revolutionary. And although we will never truly know the extent of its reach, I am confident that it is playing a most impactful role in reducing crime, preventing victimization, and making us all safer.

Sue Weaver CAUSE is proud to ally with Appriss, as we work to save lives through the tremendous power of information. 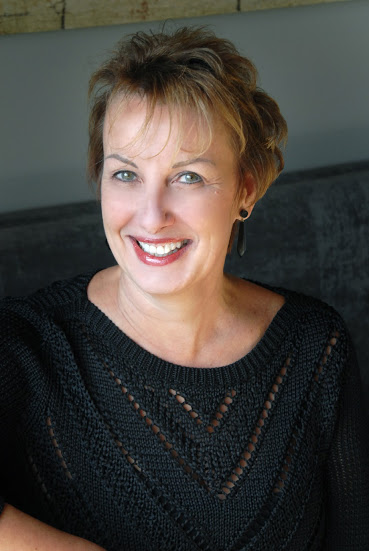 Lucia Bone established the Sue Weaver CAUSE (Commit to Always Using Screened Employees) in 2004 after her sister, Cathy “Sue” Weaver was brutally raped and murdered by a contracted service worker in her own home. Unbeknownst to Sue, this man was a twice-convicted felon who had not been subject to a background check by his employer. Ms. Bone established CAUSE to promote safety awareness and education to employers and consumers regarding the necessity of thorough criminal background checks on all service employees, contractors, and sub-contractors hired to work in or near our homes. Lucia campaigns nationwide, sharing Sue’s story and the importance of CAUSE’s mission with audiences of all kinds.