Approximately one in five instances of sexual assault are left unreported, according to research gathered by End Violence Against Women International (EVAWI) – a tragic reality that can be completely transformed by a small change in how people choose to respond to the victims and survivors of these crimes.

According to Alison Jones-Lockwood, Training and Technical Assistance Specialist for End Violence Against Women International, on average a survivor will tell two or three support people about their experience before choosing to disclose it to law enforcement. How those two or three individuals respond to a survivor’s trauma can make all the difference in the world.

“Start By Believing,” created by EVAWI in 2011, seeks to improve the way our communities respond to sexual assault by “flipping the script” on the message victims typically hear. Instead of asking “How do we know you’re telling the truth?” family members and criminal justice professionals alike can respond with empathy and belief.

Alison recently spoke virtually with Appriss Insights Training Manager Karen Adams about the history of Start By Believing Day, how the reach of the advocacy effort has grown in the ten years since its inception, and why the encouragement to “Start By Believing” is useful not only for the family, friends, and loved ones of survivors, but also for professionals in law enforcement.

Karen Adams: What is “Start By Believing”? 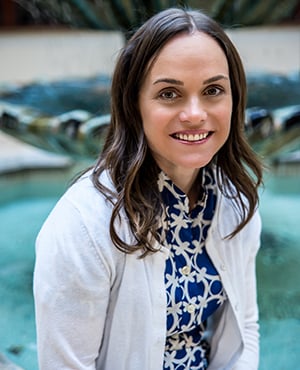 Alison Jones-Lockwood: Start By Believing is a public awareness campaign that was created by EVAWI (End Violence Against Women International) 10 years ago. We are very excited to celebrate the 10th anniversary of Start By Believing this April. It is a campaign geared toward changing the way we respond to disclosures of sexual violence and domestic violence. Rather than responding with doubt and blame, Start By Believing seeks to encourage everyone – family members, loved ones, friends, and criminal justice professionals – to respond with support and empathy.

Is Start By Believing appropriate for criminal justice professionals?

Yes. Start By Believing is appropriate for criminal justice professionals because we know that case outcomes will only change when law enforcement and prosecutors start from the presumption that every sexual assault report has merit and then follow the evidence, conduct a thorough investigation, and ultimately see where the case goes. It does not mean that criminal justice professionals must specifically say, “I believe you.” Instead, it means that they should respond with support and empathy. They should say, “I'm sorry this happened to you” and work to provide a safe place for the survivor to disclose in detail what happened to them.

It also does not mean that law enforcement needs to believe every single thing that the victim says. We know that at times the victims will not remember details accurately as they try to fill in the gaps in their memory, which in turn does not always provide a full picture of events to law enforcement. But ultimately that does not mean that the sexual assault did not happen. Start By Believing also does not mean that you should believe the victim at all costs and not conduct a thorough investigation. Start By Believing completely supports a thorough examination of all available evidence, including interviewing all the witnesses that may have information. It essentially means that anyone who interacts with a victim should start with an assumption that the person is telling the truth, and then you follow the investigation. 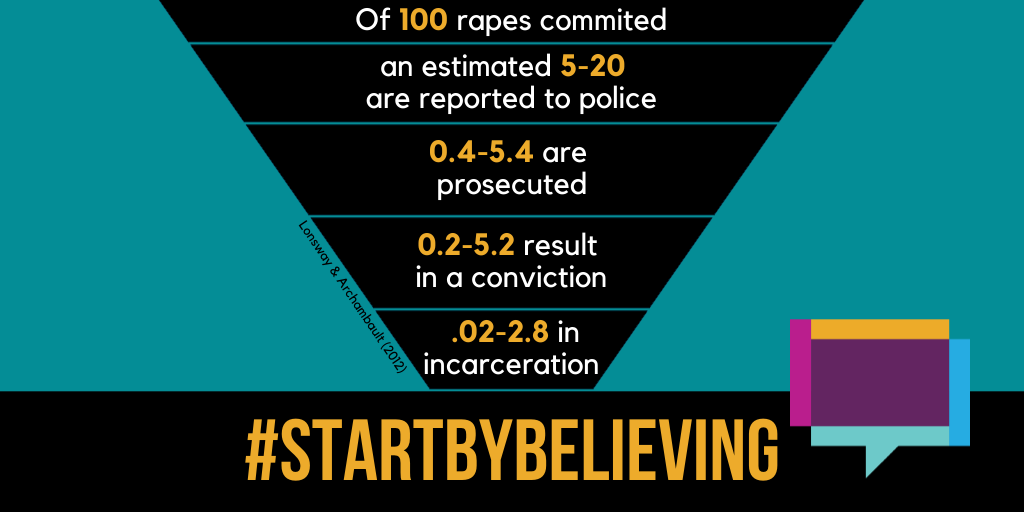 What else do criminal justice professionals need to know about how their investigations affect victims?

Often when victims come forward, they are met with doubt and disbelief from law enforcement. The truth is, victims can tell when they are not believed; they can tell when law enforcement is suspicious of their disclosure. Victims in those situations will shut down. They will not give all of the detailed information that is necessary to conduct that thorough investigation. And that really causes great damage to the potential for an effective investigation. If you have the victim who cannot or will not provide all of the details, you can't fully investigate it. So that initial reaction from a criminal justice professional can truly have a significant impact on the effectiveness of the investigation. It is also important to note that a neutral stance is often not enough to build trust and rapport with the survivors. They need to know that this is a safe place for them to share all of those details.

Is there evidence to support the impact of Start By Believing?

In 2011, shortly after the campaign was launched nationally, the Lamar Advertising Company donated 17 billboards throughout the Greater Kansas City metropolitan area. They were up for three distinct time periods. And after entering those time periods, they did see increases in activations for hospital advocates, callouts for sexual assault, nurse examiners, and an increase in police reports for the Kansas City, Missouri police department. These increases came out of nowhere and were shocking to the staff in the rape crisis center in Kansas City and the police department and the forensic nurse examiner programs, but they actually held an emergency summit to discuss how they were going to manage this increase in volume.

How can criminal justice professionals learn more about Start By Believing?

The best way to find out more is to go to the Start By Believing website. There are a number of different resources on the resource page. There's a social media toolkit, social media graphics, and a pledge placard along with supporting research and training bulletins for those communities that are unsure of whether Start By Believing is appropriate for their area. We have training bulletins dedicated to answering some of those tough questions.

There is a “Frequently Asked Question” section, along with a campaign map. So, if you want to find out if your community is already participating in, Start By Believing, you can review that map and see if you're on there. 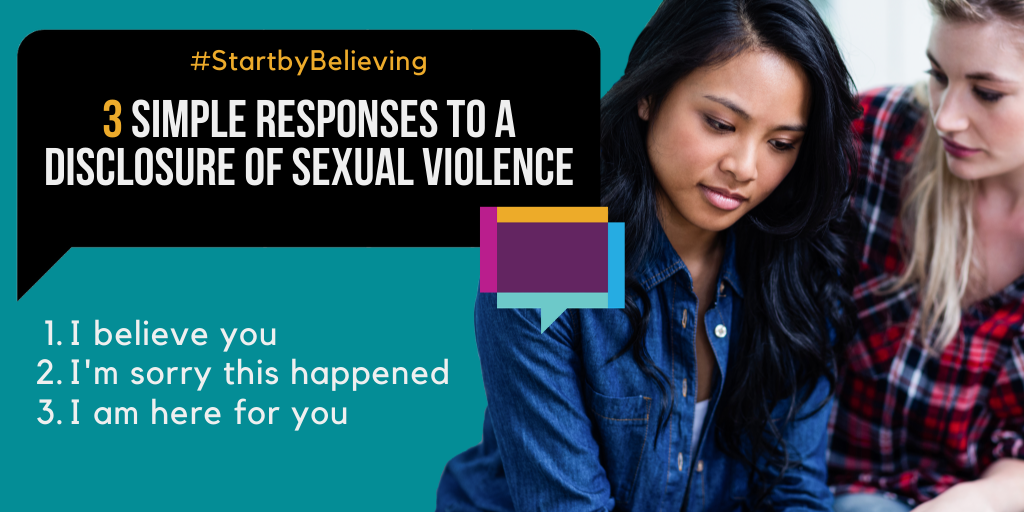 How has Start By Believing grown in the 10 years since it originated?

The original idea for the campaign dates to the ‘80s and ‘90s, and we launched the campaign in 2011, seeking to change the way that not just criminal justice professionals respond to disclosures, but also loved ones, friends, and family members. On average, a survivor will tell two to three different support people before they disclose to law enforcement. By changing the way those loved ones respond to disclosures, we will increase the likelihood that that survivor will seek additional help. Maybe they will make that report. Maybe they will call a rape crisis hotline. Maybe they will seek medical support because the very first person they told believed them and supported them.

But Start By Believing is not just a one-day-a-year thing. It's not just something we do on the Start By Believing Day or even throughout sexual assault awareness month. It is a philosophy that must be implemented into our day-to-day practice and the way that we work with survivors.

Start By Believing Day this year is Wednesday, April 7, 2021. Learn more about how you can help change the narrative about domestic violence and sexual assault at the Start By Believing website. Consider taking the pledge and sharing Start By Believing posts on your Facebook, Twitter, or Instagram feeds. You can also watch Alison and Karen's webinar on "Transforming the Way We Respond to Gender-Based Violence."