Appriss Inc. was founded over 20 years ago with a very simple belief: technology can do a lot of good in society.

Today, Appriss is made up of a team of technology experts and data scientists who are driven to solve complex societal and business problems. Through three distinct business units, Appriss Safety, Appriss Health, and Appriss Retail, we provide proprietary data and analytics solutions to effectively and efficiently address risk, fraud, security, safety, and compliance issues for government and commercial enterprises worldwide. We are unequivocally passionate about solving some of the most urgent and complex challenges for society and business – from fighting corporate and retail fraud, to battling the opioid epidemic, to keeping victims of violent crime safe and informed.

We partner with our customers to gain a deep understanding of the problems they face, and equip them with technology and science-based solutions that enable them to identify patterns and adapt their processes and organization to address them.

As Chief Data Scientist here at Appriss, I have the privilege of leading our Data Science Team. We are responsible for applying advanced analytical techniques, such as artificial intelligence and machine learning, throughout Appriss’ three business units. Using the unique data sets available to us via each business unit (e.g., incarceration data from Appriss Safety, prescription drug monitoring data from Appriss Health), my team researches and conducts various studies on the potential ways our data can impact the betterment of society.

BACKGROUND: APPRISS AND THE BJS

Appriss’ proprietary incarceration database is updated in real time and is made up of over 135 million current and historical booking records—with 1 million additional records added each month. Appriss receives real-time incarceration data from more than 2,900 incarceration facilities across 48 states in order to support and inform its suite of solutions, including VINE. The quality and consistency of Appriss’ data is critical to ensuring victim, workplace, and community safety.

Every five-to-six years, the BJS conducts a census, collecting data from all local U.S. jails. In the interim, the BJS conducts the Annual Survey of Jails (ASJ). Since 1982, it has been the sole data collection effort providing annual data and statistics on local jails and inmates.

SUMMARY OF STUDY: METHODOLOGY AND FINDINGS

To collect data for the ASJ, the BJS divides jurisdictions nationwide into one of 10 subgroups (or “strata”). Jurisdictions are placed into the appropriate strata based on their specific characteristics. Jurisdictions represented in each stratum are then randomly selected for inclusion in the sample. From that sample, the BJS estimate the number and baseline characteristics of the nation’s jails and inmates. This study’s sampling procedure resulted in 878 jurisdictions, representing 2,750 jurisdictions nationwide. The BJS then uses a cross-sectional analysis to compare different groups at a single point in time.

Appriss utilized data from the 2014 ASJ (the most recent survey available). Appriss worked closely with the BJS, using their methodology in order to replicate their national incarceration statistics estimates using Appriss data.

Using Appriss’ incarceration database, our overall estimates of the incarcerated population could be replicated to match ASJ estimates within a 0.8% error rate.

Additional results of the study found that within the following key fields, Appriss-sourced incarceration data had a 0.978+ correlation to the ASJ for each compared variable:

WHY DOES THIS MATTER?

While BJS and ASJ methods and data are considered high quality, it falls short in its latency. The data are intended for multiple users, including federal and state agencies, local officials, and jail administrators, who often require timely data. Given the time needed to collect and analyze the ASJ data, the survey data are at least one year old when the reports are published.

Alternatively, Appriss receives real-time incarceration data. Not only is Appriss data timely, this study shows that Appriss data is equally comprehensive, reliable, and accurate—proven by our ability to use that data to replicate the ASJ “gold standard.”

The Bureau of Justice Statistics funded this third-party report through award 2015-R2-CX-K029. It is not a BJS report and does not release official government statistics. The report is released to help inform interested parties of the research or analysis contained within and to encourage discussion. BJS has performed a limited review of the report to ensure the general accuracy of information and adherence to confidentiality and disclosure standards. Any statistics included in this report are not official BJS statistics unless they have been previously published in a BJS report. Any analysis, conclusions, or opinions expressed herein are those of the authors and do not necessarily represent the views, opinions, or policies of the Bureau of Justice Statistics or the U.S. Department of Justice. 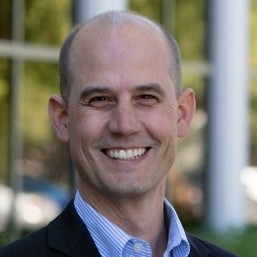 Dr. David Speights is the Chief Data Scientist at Appriss and leads the Data Sciences Team, responsible for applying advanced analytical techniques, such as artificial intelligence and machine learning throughout the enterprise. David has more than 20 years of experience developing and deploying analytical solutions for more than 100 organizations in multiple industries. David holds a Ph.D. in Biostatistics from the University of California, Los Angeles, several patents, and is lead author on the first book written for analytics applied to retail loss prevention, “Essentials of Modeling and Analytics: Retail Risk Management and Asset Protection.”